IDEAS students have been preparing for the 2018 Midterm Elections by learning about the Legislative branch of the United States government.  They have studied the Senate and know that each state has two senators which serve 6 year terms. They learned that the House of Representatives is based on population.  They learned that the U.S. Constitution gives specific powers to Congress, but that there are limits to those powers as well.

The students visited websites for all Mississippi candidates for Senate and House for the upcoming Nov. 6 election.  Based on their research the students cast ballots in three races: House of Representatives District 4, Senate, and Senate Special Election.

The race for House of Representatives had a clear winner with Jeramey Anderson receiving 71% of the votes.  Students voted for Anderson because, “he wants to tackle problems like poor schools, economic hardships, and government transparency.”

The Senate race ended in a tie with David Baria and Roger Wicker both getting 42% of the vote.  Some students said that they voted for Baria because he is for education, while other students voted for Wicker because he protects national resources.

The Special Election was won by Mike Espy who earned 35% of the vote, followed by Cindy Hyde-Smith with 26%, Chris McDaniel with 21%, and Tobey Bartee with 19% of the vote. Students said that Espy supports agriculture in our state, and will help reduce the soaring cost of prescription drugs and health insurance premiums.  Other students supported Hyde-Smith due to her stance on the 2nd amendment.

The students had fun casting their ballots and they learned a lot about the function of the Legislative branch and the importance of research when selecting a representative for Congress. 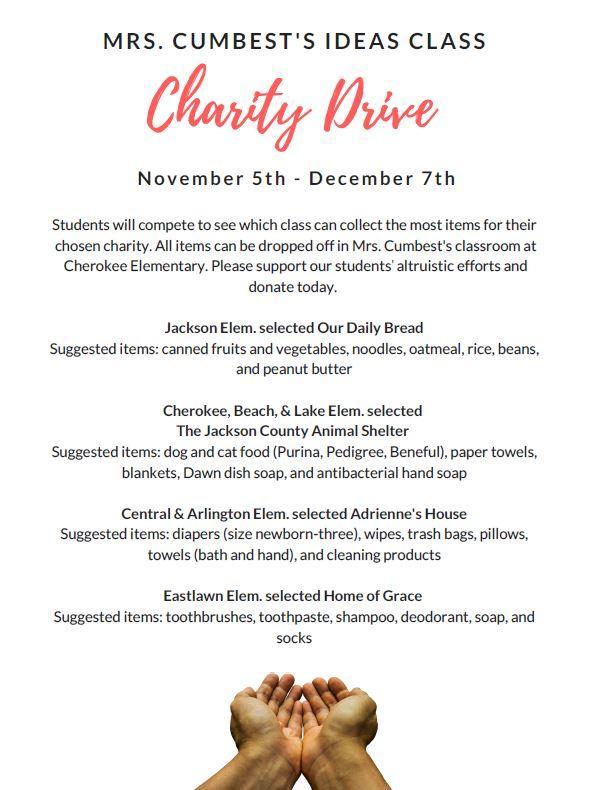 IDEAS students in Mrs. Gorman’s class have been learning about marine debris and the Great Pacific Garbage Patch. They are currently working with classmates to combat the problem and raise awareness of the issue in their school and community. Next, we will be creating artwork inspired by the Washed Ashore Project from materials we’ve recycled or collected. The students have also been encouraged to attend the Mississippi Coastal Cleanup on October 20th.

Students from Arlington and Central Elementary have been working on their space unit. This week we learned about the scientific method and different types of rockets. Students tested and retested their rockets based on their hypotheses.